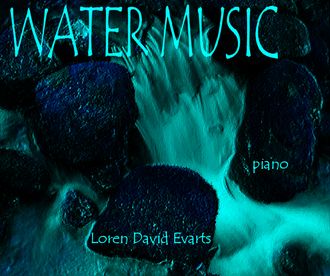 Water Music was originally recorded in 1985, and released by me on cassette-only.

(Being low on funds, I remember bartering some musical equipment for studio time.)

such as Liz Story, Will Ackerman and George Winston.  I guess I did a good job of

emulating that sound as one of my tunes, Baker Lake, was “that close” to being

included on one of Windham Hill’s piano sampler albums.  Such is fate.

St. John River Suite came out of two wilderness canoe camping trips I made to Maine

in the early 80’s.  A watery travelogue, I suppose.  Neither time were we victims to the

class III rapids either.   Otherwise, I’m not sure it would have inspired any compositions.

The Pond in Winter is a reference to a chapter in Walden by Thoreau, one of the

American Transcendentalists (along with Emerson and Alcott) whom I spent copious

amounts of time reading back in my 20’s.

So, I hope you enjoy this reissue of Water Music.  If you have any comments, email me